Owning a Company and Rescuing Kittens in Manila

Is it possible for an Italian-American living in Manila, Philippines to run his own investment business during the day and rescue street cats at night? Totally. Rocco joins Michelle of MyExpatCommunity to talk about his interesting life abroad.

Hi Rocco! Thanks for taking the time to be interviewed on MyExpatCommunity! How is the weather by you right now? When I think of Philippines I imagine it’s super hot and humid.

Well it’s 7pm and still 32 degrees Celcius (89 Farenheit). For me, it feels like endless summer. There are a few months of the year when it’s not terribly hot. But largely, despite the two seasons (i.e: rainy and summer), I feel like it’s one long summer.

Yikes! Now… what brought you to the Philippines?

Work. The company for which I worked in 2008 sent me to Asia to begin a new Investment Banking and Corprate Finance division across the region. While I was based in Manila, I spent considerable time in Hong Kong, Singapore, Korea, Japan, and Australia. I think in total, I lived about 50% of the time outside of Manila.

In 2010, I decided to open my own company, which became a private equity/private debt/merchant capital investment house.

You truly are an expat 🙂

Indeed, I’ve spent all but one of the last 11 years away from home. I’m from NYC, and over the last two years, I’ve been feeling the itch to return to the West…but not likely back to New York.

I’m seriously thinking about moving my office to Italy, while keeping core operations in Southeast Asia. I’d say in about one more year, I won’t need to be in Asia on a regular basis.

What has been the most challenging for you living abroad in the Philippines?

I grew up in New York…everything is there: all races, religions, languages, etc. One major shock was simply the greater homogeneity in the Philippines.

But, mostly, it’s the different attitudes towards business that have been the real challenge here. At times, I feel like an MBA is less valuable than a PhD from the John Gotti School…joking, but this is especially true because I invest in (and purchase) private – that is, non-listed – companies.

Very different than my experience in the West. But, the opportunities are compelling and I love the challenge.
By the way, I am, of course, joking about the Gotti remark.

Yes, haha I got it! Thanks for sharing about your experiences so far.

What do you like the most about living abroad in the Philippines?

Actually, I really love the challenge presented by transacting in private equity here. I keeps me moving; keeps me sharp, motivated.

Filipinos are generally warm people, so I like that. The landscape beyond Manila is beautiful and the beaches are amazing. I enjoy all of those things. But, mostly, I love the business opportunities.

That’s awesome to hear you are thriving over there. Do you need to get around by speaking Tagalog or can you get by with English?

Nearly everyone in Manila is fluent in English. That is a great competitive advantage for the Philippines. There are two or three core local languages beyond English and 60+ dialects. Tagalog is the priamary local language.

I’ve managed to learn some but not nearly as much as I’d like. The fact that Filipinos are fluent in English makes it more challenging to learn the local language. And yet, my experience would be dramatically improved if I could speak Tagalog – obviously for business.

But, equally important, I’d have a richer relationship with my friends if I could really communicate in Tagalog…I suspect I’m missing out on some things that simply don’t equate in English.

Even something as simple as standing on the escalator listening to people talk but having no idea…or very little idea…what’s being said around you can be a bit isolating.

But, the fault is mine for not working harder to learn.

What would you say are your Top 5 favorite things to do in the Philippines? Can be food, activities, nature, etc…

I travel a lot but it’s almost always work related. Still, whenever I have the chance, I love to hit the beach!

I’ve love sitting around with all the old local guys late at night for a drinking session…very fun.

Ah, and I’ve taken up the habit of rescuing street kittens…it’s proven to be very expensive and you get attached to those little monsters while you’re searching for a home.

They’re usually in pretty bad shape. So I take them to the vet. They’re usually at the vet for a week or so to recover and get medical treatment. If a home has yet to be found….I bring them to my apartment until I can find them a home.

I’m not even really a cat person…but these kittens I find are so tiny, and so sick – usually about to get crushed by a motorcycle. There’s really no choice but to scoop them up. I’m trying to retire from kitten rescue. But, it still happens. I’ve never tried to get financial assistance.

Oh my goodness I would not be able to handle it! I’d have to take care of all the cats. I am sure there are people who would want to support you with the cat rescue though.

One last question for MyExpatCommunity: What advice would you give to someone who is a new expat, living abroad for the first time?

Hehe, great advice! Thank you again for taking the time to chat with me at MyExpatCommunity. I am sure many people will enjoy what you have shared.

Well this was fun. Bye!

Michelle Hrvat is the director of the Expat Interviews section, and a fellow expat herself. Originally from the US, she has been living in Vienna, Austria since 2014. Her blog, American in Vienna, helps people enjoy Vienna and life abroad. In her free time, she likes to do yoga, bake, and get involved in her local community. 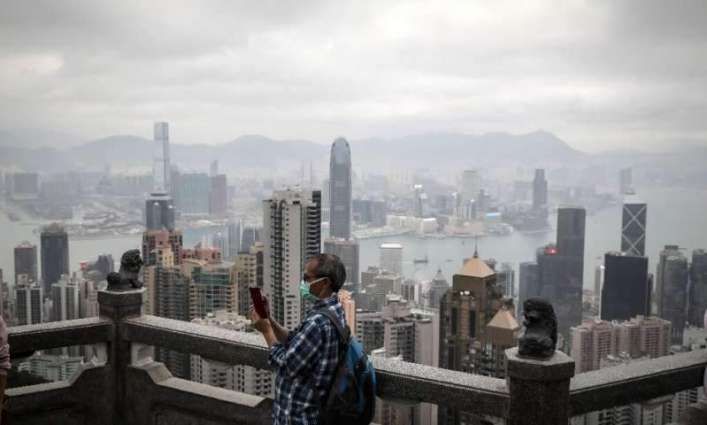